Little Nellie is an 18 year old mare donkey standing at 10.2 hands. She came into the care of the sanctuary in 2014 after being in private ownership in Northamptonshire. She had been well looked after but her elderly owner had realised that the work involved with keeping a donkey was getting more difficult and he had to find her a good home. He got in contact with Island Farm and we were very happy to give Little Nellie a home for life. She was fortunate to have such a caring owner who wanted to make sure her future was secure.

Little Nellie soon settled into her new life at the sanctuary. She had previously been on her own but very quickly integrated into a small group of mare donkeys. She is a quiet, gentle natured donkey and is very easy to handle. Little Nellie was originally just called Nellie but when she arrived we already had another donkey called Nellie who was larger so the yard  staff referred to her as Big Nellie and the ‘new’ Nellie became known as Little Nellie.

Go to the main “Adopt a Donkey” page 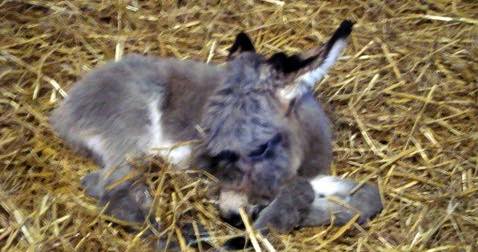